Success consists of going from failure to failure without loss of enthusiasm. —Winston Churchill

By evolutionary standards, these humans would be deemed successful, especially the ones who manage to not kill their kids.

According to a financial yardstick, these people suck at life. Don’t you know that children offer terrible ROI*?

We all have different definitions of success. There is one very wrong definition: Equating success to goal achievement. Someone who defines success as goal conquest will spend most of her time, by definition, as a failure. Then if she does achieve her goal, she’ll feel great for about a day before she realizes she just lost her purpose and motivation. The solution is to either set a new goal and go back to feeling like an underachiever, or give up on life.

Success doesn’t need to mean victory. Success does need to mean pride in knowing you did your best to achieve your max potential. As far as I’m concerned, I am a super successful motorcycle racer, bush pilot, and entrepreneur, even though by most metrics I suck pretty hard at all of the above.

A person can work to the best of their capabilities and still fail at building a billion dollar company. But the lessons learned through that process will certainly help in the next attempt. If nothing else, that person was a successful student. People pay a lot of money for that kind of education.

*I could be wrong here. My friend Andy calculated that a dual-income family with net income of over $200k could profit from tax deductions if they raise a child for less than $3000 per year. Kids don’t eat that much so it’s probably doable. 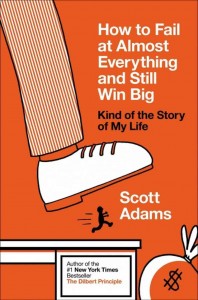