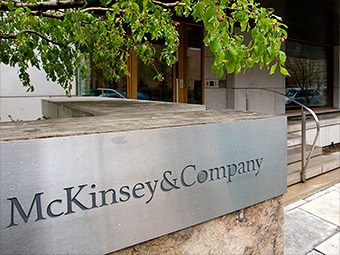 “Our ideal candidate is an insecure overachiever.”

That’s what the McKinsey partner told me during my interview. Yeah, once upon a time I wanted to work at McKinsey & Co. They didn’t make me an offer. I was certainly insecure enough, but maybe not overachieving enough.

Not a secret: The people who go to work in management consulting and banking are insecure overachievers.

Insecure overachievers make great employees because they work long hours to win approval from authority figures. However, they are a very tricky species. They love prestige. They don’t like risk. They need social acceptance. Banking and consulting are not considered socially admirable professions these days, but remember – insecure overachievers don’t care what the 99% think. They need social acceptance from the 1% who matter.

They love structure and a clear path for advancement, but want to keep their options open. That’s the most important thing to an insecure overachiever: lots of options. It can never appear as though they have reached their final destination, because that would imply that they have exposed their maximum potential. As long as they appear to be in transition, they can claim to be holding out for something better.

The “up or out” policy instituted in law, consulting, and banking is perfect for insecure overachievers. Maybe McKinsey is just a springboard to an executive position at a Fortune 500 company, and Goldman is just a stop before partnership at a $50B hedge fund.

As Wall Street bankers migrate to Silicon Valley, they bring their hiring practices with them. Insecure overachievers could never admit that their final station in life is a shared desk at Facebook. That’s why Google recruiters often tout this selling point: The best part about working at Google is the job you can get after you leave Google.

Because insecure overachievers need Google on their resumes before they are ready to start the next billion-dollar company.

4 thoughts on “How to Hire Insecure Overachievers”